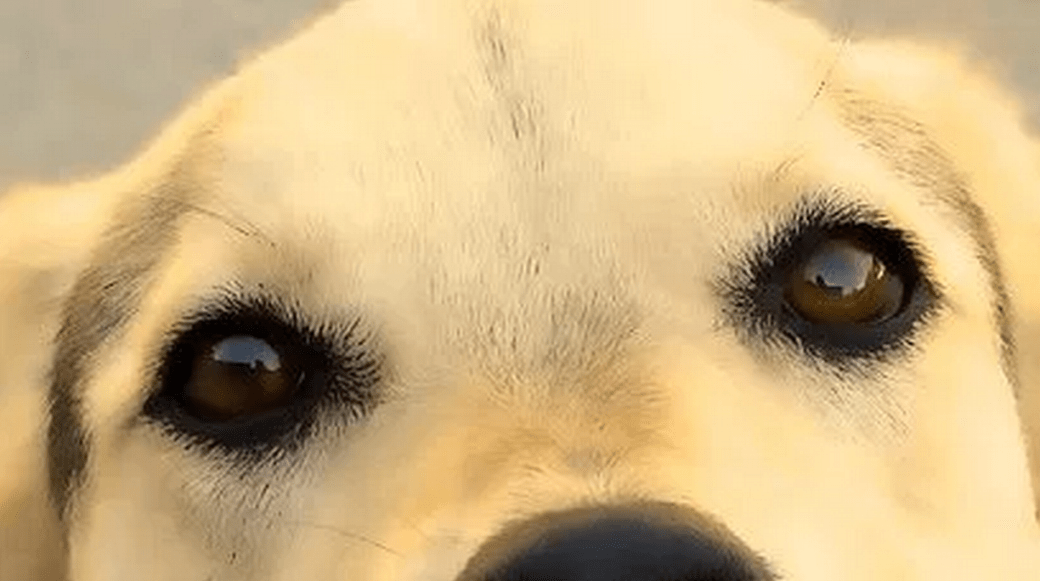 I had to think very long, and very hard about whether or not to include the story of Ongga in this. But if I’m being honest, I think I have to. Warning: You may find the content disturbing. It does not have a happy ending. Please keep in mind that this could never happen today in my family or in my town. Things have evolved in a positive way.

But things were different thirty years ago.

There was a dog named Ongga who adopted us, or we adopted her. She began living with us when I was six. She just came in one day and started hanging around and I started feeding her; from then on we were her home base, and she and I were best friends.

But although she was a dear pet and dear friend to me, it would not be quite accurate to say she was our family pet. To most of the family, she was an extra mouth to feed who was tolerated, just barely, because Rena insisted. It’s important to remember that food was a struggle for us in those days. But I loved her, and she was allowed to live with us, not inside the house but in the yard. She could come and go around the village whenever she wanted to; there were no restrictions, and if she had wandered off and not come back, the only one who would have been concerned about it would have been me.

But she never did that.

When we went to Homonhon I wanted to take her, but my Mom and Dad wouldn’t allow it. So I had to say goodbye to her before we left. I thought I would never see her again and I was very sad. But when we came back seven months later, there she was, waiting for us. I was so happy, and I think she was too.

My best memory of Ongga is that every time I would go to our farm plot with my mom, Ongga would come along. She loved going up into the hills, climbing the forest trails past the waterfalls and up, up to where our plot was. Then all day while we were at the plot, she was my companion.

When we would come home, she would go straight to the beach and swim, like taking a bath, every time. She loved the water and she stayed clean that way. I think she was also doing it even if we didn’t go to the farm, but she especially did it on the days we spent at the farm.

One day, on a sad New Years Eve when I was fourteen, Ongga was getting old. I could tell she was old because when she had puppies she wasn’t as good with her puppies any more.

On that day one of my brothers and my brother-in-law decided it was time for a New Year’s special meal.

I couldn’t believe it.

Why would you do that to the best dog we ever had?

But she was getting really old, and they didn’t want her to just go to waste.

I went to my mom and asked why?

She tried to explain but I didn’t understand it at all. Today, looking back, I understand that there was a sense that the “bargain” with Ongga had been that the family would feed her even when it was difficult for many years; but in the end, when she was old but before she got really, really sick or disappeared—in the end, Ongga would feed the family one special meal.

I said no. I tried to fight for it. I cried, I pleaded, I did everything I could think of to try and convince them not to do this. But it was as if everyone thought it was the fair thing to do, and that I was the one who was being unfair to the family for all the years they had shared their food. I didn’t care about any of that. I just wanted them to leave Ongga alone.

And then, for some reason, Ongga must have felt something.

She was not around the house.

They couldn’t find her.

I was convinced that somehow she knew what was happening.

They made me look for her all afternoon on that New Years Eve. I finally found her. She was under someone else’s house. A big, tall house, higher up off the ground than most, and she was underneath. She was sitting, and she had a really sad face.

And so I went and I patted her head, and I talked to her.

(I can’t write this without crying. It was almost thirty years ago but it feels like yesterday.)

They’re going to do this, I told her. And I don’t’ like that.

“Run! Run far away and don’t come back!”

But she just sat there, looking at me.

I left and I went home.

And then they asked me if I had seen her. I told them no, I hadn’t seen her. They said, you’re going to have to go find her. It’s getting dark. Go find her, we need to get it done.

I told them again, I couldn’t find her.

I think they must have been able to tell I was lying because they wouldn’t let it go. And eventually I had to go back.

I found her at the same place. I was really sobbing and crying. “I told you to go. Run!” But she didn’t run. She just sat there looking at me.

I went into a corner and put my hands over my ears and just cried.

After about an hour my mom was walking to the store to buy spices.

And then I went back. I saw her butchered on the table, and they were asking me to eat. I said, “No way you can make me eat that.”

Then I just went away from them all and found some way to be by myself that horrible, sad New Year’s Eve.

I don’t think it’s fair to just end the story of Ongga without trying to explain it a little bit as I now understand it, all these years later. I know that if you think of this from the perspective of today, and especially from the perspective of people who live in cities whether in the Philippines or anywhere else, this seems barbaric and unthinkable and I’m afraid it will make you hate my family, and you shouldn’t. As I said at the beginning, Ongga wasn’t exactly a pet to anyone but me. They all kept a little distance and never bonded with her. They fed her precious food for years and years, giving up a vital resource at a time when we sometimes went to bed hungry.

I think it’s also important to understand that meat, any kind of meat, was an extreme delicacy for us in those days. We probably didn’t get to eat meat of any kind more than once or twice a year. And dog meat in the Philippines is considered good to eat—or was, anyway, back then.

Once I told the story to someone in America who had grown up on a farm, and she understood it very well. She told of how she had become attached to different animals at different times on the farm—a pig and a lamb in particular. And when the time had come for them to be slaughtered, she had fought it just like I did. And just like in my case, her parents were firm and almost seemed to be intent on teaching her a lesson, that it was that animal’s time to die and in dying, provide for the family.

When I heard that, I felt comforted and didn’t feel quite so bad about it.

But it still breaks my heart to this day.