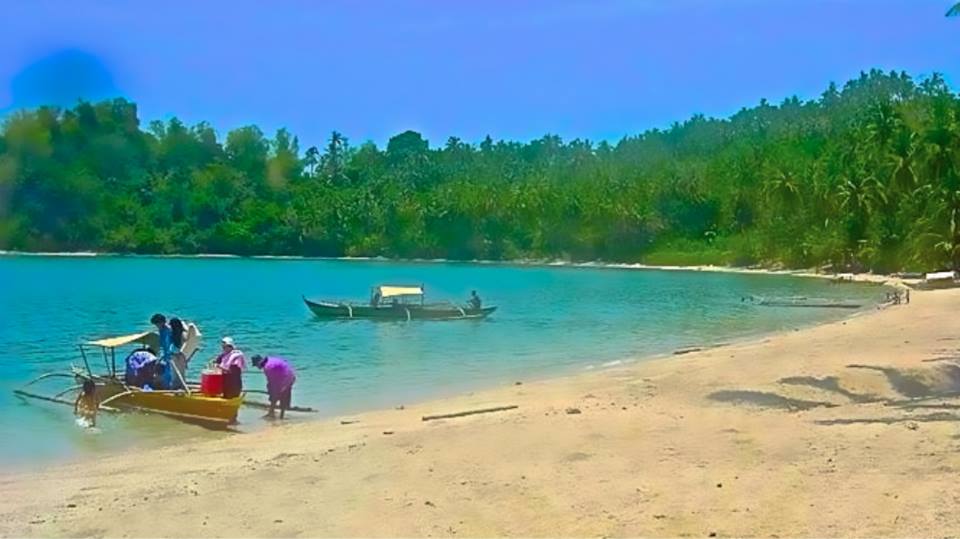 Daughter of Samar is as close to Thoreau as you can get. Not a story of how simple life can and should be, as he wrote, but of a simple life as actually lived; not as a matter of choice nor even with a smallest awareness that there are alternatives but a life born into and never questioned—and, more importantly, given the hardship, not regretted in the smallest measure.

Here is not the contrived simplicity of someone escaping complication or of Thoreau himself.

I also grew up in a rural setting; at least in the summers when we cousins would be hustled from school and taken straight to the ship bound for our island, our belongings already packed and on board with the nannies. We had the run of the ship because the shipping line was owned by a cousin.

When we reached port the following morning, feeling like we had braved a dangerous passage though the boat barely swayed, we were hustled on to a truck and taken to our town which was surrounded with sugar cane all the way to the shadowed foot of blue mountains far away. We could live in any of the old houses in the town, some over a hundred years old even then; and we would be instantly recognized and welcomed because we all bore a certain resemblance as we were all related and had been for generations.
Aside from the help (and who knew if they weren’t related?)

I knew of only one person who was definitely not related; she was an old woman who carried a wicker basket of pastries on her head in the early morning from which I could pick dessert for breakfast after a sleepless night in a room adjacent to a room locked upon the death of a relative and left exactly as it was when she was carried away. Try that for a sleep experience. I couldn’t even take a shower in a bathroom—with a ceiling so high that the light from a hanging lamp barely lit it, without asking my maiden aunt to stand in the doorway with her back to me of course out of a sense of her modesty. The old woman would pass again in the late afternoon with a fresh batch.

In the capital city where we lived, fathers worked if they did, and we went to school, rich bourgeois kids—mostly old American families—had toy trains made in the USA with tracks that covered almost the entire living room but I did not feel deprived because in our island, I jumped on and off real trains hauling the cut cane to the mill. I was told to bite into cane that had been stripped bare with a machete and chew a lot before spitting it out because it was kind of like flossing. I think our teeth suffered because of that. I also went hiking up into the mountains to inspect a crashed US army plane, with the harnesses still intact but sadly no human remains and wriggled into caves crawling with centipedes but not before a farm worker had gone in first with a torch to drive them into their crannies.

For years my pencil holder was a mortar shell of Japanese make. I also went hunting, which consisted of stomping into the forest with murderous intent and running back out into the clearing again at the first sound of scampering in the bushes that might be a wild pig with tusks, however small. Eventually one of these creatures would be apprehended and tied to a stake in the ground. My cousins and I were handed .22 caliber rifles, lined up all on the same side lest we shoot each other if we encircled our target and told when we could fire away until the pig stopped moving.

This beautifully written book tells of a better life in the country or rather a real life unlike the one I had in those summers; though I must say I enjoyed myself thoroughly so that when the truck, a World War II weapons carrier, returned to take us back to port, and the nannies and help ran to various houses to pull us from beds or under sofas, I left my heart behind along with my small rifle, though I had a tiny tusk—for the pigs were always small—strung around my neck to touch from time to time during the long school year until it was summer time and the living again would be easy.

What surprises me now is that we were so few among so many that I never got to know though they carried me on their back up the mountains when I insisted on roughing it. To be sure, we slept in a sparklingly clean white and yellow sanatorium—sleeping on crisp sheets, where the air was cold and thin—that was reserved for family members with a hint of tuberculosis like I had. God knows why, I ate a lot. I wonder why they didn’t finish us all off. None of us had any idea of what resisting was though, one election, one side of the family might have the houseboy on the other side shot at as an expression of disenchantment. Even when my father, a journalist, and his cousin were targeted by the incumbent president from the north—a Yankee in a manner of speaking, we were perfectly safe in our town because the president’s principal hit man was a distant cousin and really one never shoots people of good family. My father subsequently joined the group of Edward Lansdale to topple that president and elect Ramon Magsaysay in his place.

What comes across in this book, among many beautiful things, is how kind the people are, and how much better a life they deserved to have, though they never yearned for it. And how lucky we few, we lucky few were because of that.

I felt an emptiness along with joy in the final chapter where the author tells of the happiness she found, on top of the happy hardship of her youth, 10 years after “we” had toppled the military-backed dictatorship in the internationally celebrated middle class army coup that she doesn’t mention even in passing, as if “our revolution” had no effect whatsoever on her life, her family and the vast majority of the people of my country.

To top it all off, she dedicates the book to the victims of this century’s perfect storm which devastated her already impoverished island in the hope of restoring it to its former simplicity without the slimmest suggestion that it might be made a little splendid. It is as if, if she had to live her live all over again, she would live as she did without the smallest improvement.

Her husband is my best friend and a secret sharer of many adventures about which perhaps one can never write.